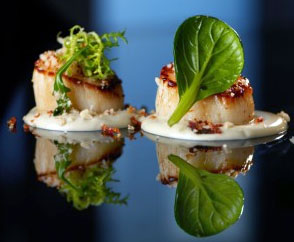 The top chefs of Spain will come together in the second edition of the “Food & Sun Festival”, celebrated from the 22nd to the 24th of August in the Hotel Gran Meliá Don Pepe in Marbella, the finest holiday resort along the Costa del Sol.

As the event was already a success in the first edition, it now aims to become an outstanding event in the agenda of Marbella and a reference for culinary competitions.

The gastronomic event, arranged by the town hall of Marbella, will present some of the best culinary artists and combine traditional and avant-garde cuisine.

Furthermore, during the three days there will be several activities and events addressed to the palates of the visitors.

On Sunday, 22nd of August will take place a Live Cooking, where the attendees will prepare their own dinner on the terrace of the Hotel Gran Melia Don Pepe, under the supervision of some of the most famous chefs of Spain.

The next day, Monday, 23rd of August will be held a golf tournament called “Wine and Greens”, thus bringing together gastronomy and sport, with the best of the world of Golf, wines and Haute Cuisine in the setting of Marbella, the municipality with most Golf courses in Andalusia. Visitors can furthermore sample white wines and sparkling wines of the most important wineries, and a cocktail offered by the three Michelin star chefs in Marbella, such as the Calima Restaurant, among others.

On Thursday, 24th of August the scene of action will shift to the beach Playa de Venus, where will take place the second edition of the Competition of Espeto, grilled sardines on a wooden stick, which are a traditional dish in the area of Malaga. After the contest, which will be valued by a jury of renowned chefs and masters in the matter, visitors will be invited to a refreshing beer.

One of the outstanding chefs is Dani Garcia, in charge of the Restaurant Calima in the Hotel Gran Meliá Don Pepe, a highly creative head, who since several years is experimenting with the so-called molecular cuisine, reinventing the presentation of traditional dishes.

This creative chef has also designed the Gastrobar La Moraga in the new terminal of Malaga airport.