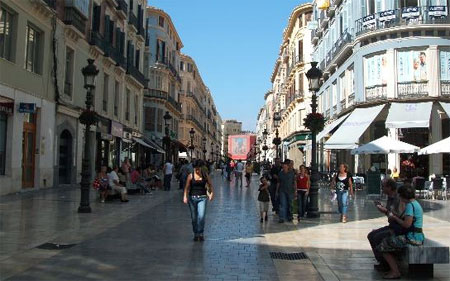 Málaga is a city that is trendy. During the last decades Malaga has been associated exclusively with Sun & Beach. However, due to the efforts made by the city council to revive also the rich culture of the city, nowadays we find an inspiring new trend towards cultural tourism and city breaks in Malaga.

54.1 % of all travelers who stayed overnight in hotels in the capital in 2010 were from the domestic market. The foreign market has been growing fastest in terms of visitors in Malaga city, in particular with 28.1 % more visitors. United Kingdom remains the largest source market. After the UK are located Germany and France, followed by the Netherlands, Norway, Sweden, Denmark and Switzerland, with increases of around 50 percent and the United States and Italy, which about 30 % of travelers.

There are currently being developed two new projects: “Live Spanish in Malaga” regarding language tourism, and ‘Feel Málaga ‘, about cultural tourism, which join the existing segments of cruises, conferences and meetings.

The Web is the main tool used by tourists visiting the capital of the Costa del Sol as information before traveling; also there are many who use it to do the planning and booking.