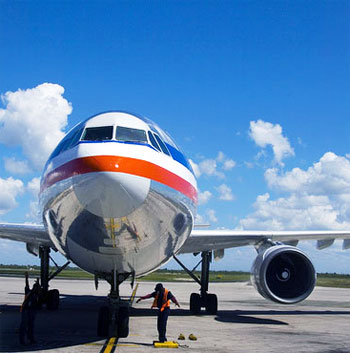 Malaga airport is consolidated this summer as one of the major European airports due to the proliferation of new companies and direct connections. The capital of the Costa del Sol is connected by air to 99 cities and 113 airports around the world, mainly in Europe but there are also flights to America or Africa.

This figure puts Malaga as the fourth Spanish airport with the highest number of direct connections this summer behind Madrid-Barajas, Barcelona El Prat and Palma de Mallorca.

The opening of Terminal 3 has been a breakthrough for Malaga airport to the point that in the summer season, which started last March 27, there are 42 new direct destinations whose flights are operated by 23 companies more than during the winter season.

These new connections include the return of Delta Airlines flights to New York, or the possibility to travel directly to Toronto, St. Petersburg, Venice, Pisa, Hagesund, Trondheim, Tampere, Wroclaw, Toulouse or Nice.

Also the company Turkish launches today its connection Malaga Istanbul with three weekly flights between the two cities and through which the user can connect to another 170 destinations worldwide in 80 countries from Istanbul.

At present, in Malaga airport the low-cost carriers are leading the air traffic in the Costa del Sol. The undisputed leader is Ryanair, which last year moved 2.1 million passengers. Its growth has been spectacular in just two years from a small number of travelers to the best exponent in Malaga, due to the opening last year of a base on the Costa del Sol from where it operates fifty direct connections with other parts of Spain and Europe. The second company is Easyjet, followed by Vueling, Air Berlin, Air Lingus, Monarch and Iberia, according to Aena.