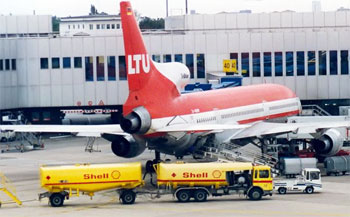 Spanish Airports and Air Navigation (AENA) gives a new impetus to its environmental policy with the application from today of seven measures of optimization of the airspace included in the Savings Plan, Energy Efficiency and Emissions Reduction, which will allow savings 1.4 million Euros in fuel consumption.

AENA has indicated that the seven measures are implemented at all Andalusian airports and are framed in the Single European Sky (SES) project to optimize the use of airspace, by establishing more direct routes and thus reducing flight times.

The measures, agreed with the Ministry of Defence, will enable areas of military airspace to civilian flights, minimizing the detours given so far on certain routes, but also establishing takeoff and landing procedures best suited to the characteristics of the aircraft.

As a result will not only be reduced flight times; airlines will reduce annual fuel consumption of 1,108 tons, which will save 1.4 million Euros. Moreover, the carbon dioxide emissions fall by 3,500 tons a year.

In addition, there will be enabled two new airways in order to improve the departure and arrival traffic at Malaga airport, Seville and Jerez.