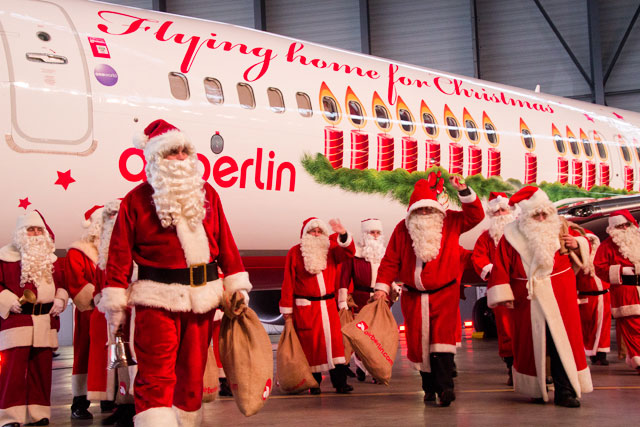 Under the slogan `Flying home for Christmas´ an Air Berlin plane will cross the European sky the next few weeks.

The company Boeing 737-800 will be used until next January at the European route network of the airline and has landed at Malaga Airport for the first time this year on November 25, 2013. The plane will also land in Malaga on December 2 and 11. The entire route can be viewed at the following link: airberlin.com/christmas_aircraft.

The design of the Christmas plane this year plays a string of lights with a candle for each day of Advent. The windows of the airplane reproduce the glow of candles, the Christmas design has a totally different effect at night than during the day. Thus, the plane transmits an expressive atmosphere especially in the evening hours. Also, inside the plane also shows that this is a special edition, with Christmas attire in the headrest covers.