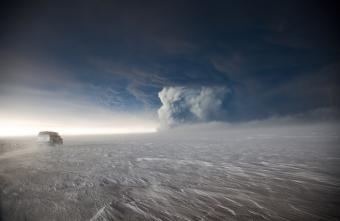 UK and Ireland say they will not close the airspace

Aware of the air chaos last year caused by the volcanic ash cloud from the Eyjafjalla, European authorities manage much more prudently the eruption of another volcano in Iceland, the Grímsvötn.

While the ashes forced to cancel 252 flights today, most operating from or to Scotland, the European Commission and the United Kingdom and Ireland, by far the most affected countries, have said they have no intention of closing the airspace widely. Also this year have been distinguished three levels of risk and most airlines are prepared to fly with volcanic clouds of low or medium risk.

For now, Grímsvötn activity, which erupted on Saturday, has slowed in recent hours, and smoke has fallen to five kilometres height, according to the Meteorological Office of Iceland. Yesterday it got up to 10 kilometres, and on Saturday exceeded 20 kilometers.

Early in the afternoon have been reopened Glasgow and Aberdeen airports, free of high density of ash, but it will take time to normalize the situation due to cancellations in the morning.

The low cost carrier Ryanair, which had to cancel 36 flights will protest at the “unnecessary cancellations”, while EasyJet, which said in a declaration that “safety is priority number one”, has canceled routes Malaga airport-Glasgow, Alicante-Glasgow and Madrid-Edinburgh.