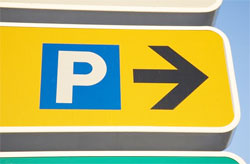 Access by public transport to the airports in Spanish cities is not always possible or easy. In fact, private transport when travelling with lots of luggage becomes a necessity, resulting, in most cases, in being forced to pay for airport parking, if we don´t move in taxi, a private transfer or rental car.

Drawing on data provided by AENA, there are notable differences in terms of prices, with certain airports in Spain even doubling the price of others.

The most expensive car parks belong to the airports Madrid Barajas and Barcelona Prat , along with Alicante and Malaga airport: leaving our car parked for 30 minutes will cost 60 cents; an hour, 2.04 Euros and two hours, 3.24 Euros. And if we have the extreme case of having to leave the car for 24 hours, the figure rises to 38.88 Euros.

On the opposite side are airports like Leon, where we can park our car regardless of consumed minutes. Others, such as Gran Canaria, Ibiza, Menorca and Palma de Mallorca are only free for the first thirty minutes.

For its part, on the peninsula, the least expensive car parks are Granada, Jerez and La Coruna, where half an hour is 42 cents, an hour 1.02 Euros and two hours 1.92 Euros.