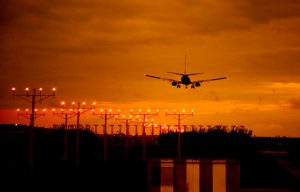 From the international airport of Malaga on the Costa del Sol, in the new summer season, which began last Sunday, you can fly to 124 destinations thanks to 45 air carriers.

Nationally, the new flights announced so far allow to fly from Malaga to Badajoz, Ibiza, Menorca, Asturias and Valladolid.

Many companies opt for the facilities of the capital of the Costa del Sol, remodelled two years ago with the opening of the T3. Thus, new airlines such as Helitt, Iberia Express or Volotea have begun operations relying on Malaga airport.

Malaga airport is one of the most important in Europe. Currently, it offers direct flights to 93 destinations around the world, including those Montreal (Canada), Moscow (Russia), Casablanca (Morocco) and Istanbul (Turkey).

In this sense, the opening of the Terminal 3 was a incentive which will be concluded with the commissioning of the second runway, very demanded by the tourism industry in Malaga, which sees in the facilities the main gateway to a established destination as the Costa del Sol.