The airline British Airways has doubled since March its flights on the route London-Malaga. Henceforth, there will be four daily flights each way provided by the British company on this connection. 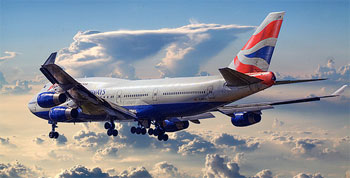 The fondness of British tourists for the beaches of the Costa del Sol is well known, and this has made increasing the occupancy of these flights to the point of advising increased frequencies by British Airways, between Malaga airport and London Gatwick.

In total, there will be 28 weekly flights each way that British Airways will offer between London and Malaga.

Undoubtedly, this choice of flights by British Airways will contribute to confirm expectations that predict high hotel occupancy for the tourist season in Costa del Sol resorts.