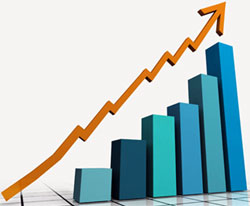 Malaga airport topped the year with 12 million passengers, a 3.8% increase, despite the volcanic cloud and the controllers’ conflict.

The launch of the new terminal at Malaga Airport, the T3, has raised the transit of passengers and flight traffic over the past year, despite the various incidents caused by the volcanic cloud or the controllers’ conflict which forced even to close the airspace.

This expansion has been the key to turn the page on two years of consecutive declines to stand as the second of the major Spanish airports that have experienced better outcomes, only preceded by Barcelona.

The terminal in Malaga has exceeded in 2010 the figure of 12 million passengers. The figure represents a 3.8% increase, representing a higher growth than in the average of Spanish terminals, according to data provided by Spanish Airports and Air Navigation (Aena).

From January to December 2010, year in which was inaugurated the new terminal T3, has also improved the number of operations. Specifically, the airport in the capital of the Costa del Sol operated a total of 105,631 flights, a 2% over the previous year.

In the international arena, Malaga airport received about 9.5 million tourists, most of them on flights with European Union countries. The United Kingdom remains a leader. This market moved 4,280,672 passengers in the terminal of the capital of the Costa del Sol, followed at distance by Germany, with little more than a million passengers, and Ireland, with 588,527.