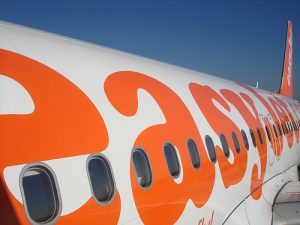 The cheap tickets airline EasyJet began operating today from London Southend Airport, east of the capital, with ten routes including the Spanish cities of Barcelona, Alicante, Ibiza, Mallorca and Malaga.

In a statement released today, the British company announced that it will fly to Amsterdam, with 13 weekly flights; to Belfast, also with 13; to Faro, with 8, and to Jersey, with 7 frequencies per week. EasyJet also reported that from next December it will offer services from that airport to Geneva.

For destinations in Spain, the airline will offer from today 7 weekly services to Barcelona; 7 flights to Alicante from April 5; 3 flights to Ibiza, which will be operational from April 28, 7 flights to Malaga from May 1, and 4 to Mallorca from the same date.

In total, EasyJet will operate 70 flights a week from London Southend. Among the works carried out at this airport, there has been built a new control tower, a train station that communicates with the centre of London, a runway extension and a new terminal.