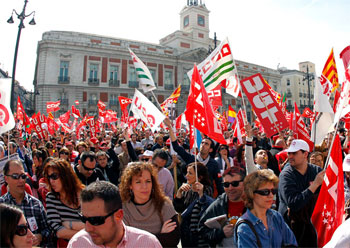 Spanish airport workers have called to a 24-hour strike nationwide on April 21st, Easter Thursday, coinciding with the first day of the Easter holidays, in protest of the privatization of the entity announced by the Government.

The union spokesman has acknowledged that “we know that our action will affect many passengers, but we cannot sit idly while they continue to cut workers rights.” On the other hand he says they will negotiate until the last minute to avoid a strike and the consequent damage to users.

The representative has advanced that the labor unions also propose to strike coinciding with the summer season in late July, “but the timetable has yet to be defined.”

To avoid any inconvenience we advise travelers to rebook their flights if possible.