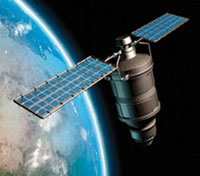 The landing and takeoff are usually the tensest minutes for airline passengers. The moment when the engines are at full power to initiate the flight or the rough noise indicating that the wheels have just released to land troubles many travelers who feel more intimidated when flying.

The security levels are extremely high to avoid any problem and every year it goes a step further with the advent of new technologies. Malaga airport is at the forefront to the point that is the only airfield in Spain in which Spanish Airports and Air Navigation (Aena) is testing an innovative navigation system called GBAS (Ground Based Augmentation System).

GBAS is a more advanced navigator than the GPS and gives references in three dimensions. The key advantage is that it gives the aircraft a very accurate positioning of the environment and that’s going to allow optimized operations, reducing flying time and trajectories to perform. In any case, this device will not replace the work done by air traffic controllers.

All data are consolidated and shared with the specialized agencies of the United States, Germany and Australia, which also are testing these devices. Aena’s manager explained that Malaga was chosen “because it is an airport with heavy traffic where carriers have shown interest in the system, and because we wanted a difficult terrain and the airport is surrounded by mountains and sea so that we can bring the system to limit and check in any situation.”

Malaga airport has been the only one in Spain where has been tested the GBAS and therefore is also one of the first facilities in Europe to be used. Technological advances are, in principle, greater security for the flights and the introduction of this three-dimensional GPS allows pilots to have a better reference of the area. Passengers will appreciate, especially those who strongly grip the armrests as the plane goes up or down.