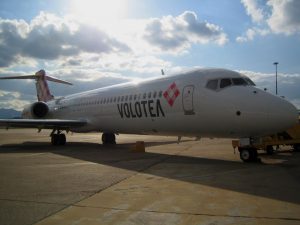 Volotea, the new airline from the creators of Vueling, will start operations on April 5 at the airport of Venice Marco Polo, flying to the Spanish destinations of Alicante, Bilbao, Santiago de Compostela and Malaga.

Tickets to fly to these destinations will be available next week, at a price of 19 Euros each way, including taxes, through all sales channels.

Volotea fleet consists exclusively of aircraft models Boeing 717, equipped with Rolls-Royce engines and 125 seats. The business model of the new airline is based on flights between medium-sized cities, avoiding the big hub airports. Thus they gain speed in their operations and a cost reduction that is transferred to their tickets.