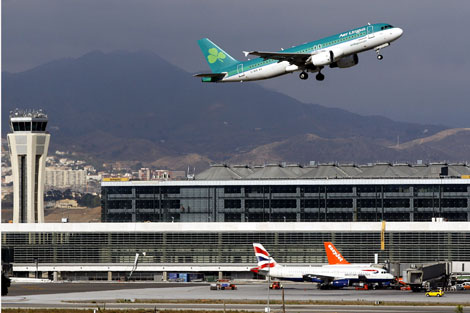 Malaga is one of three cities in Europe with more direct connections to London next to Amsterdam (Netherlands) and Faro (Portugal). In fact, among the first 50 connections to the Sunshine Coast Airport, 17 are British or Irish.

London tops by far the volume of passengers, for both departure and arrival, which pass through the airport in Malaga. In the first six months of this year has been confirmed that leadership, as only between Gatwick Airport and Malaga Airport flew 449.561 passengers, 8% of the total. To this we must add that Stansted and Luton airports, located in the vicinity of the British capital, are among the top 15 destinations and Southend airport ranks in the top 50, according to official data of Spanish Airports and Air Navigation (AENA).

The Costa del Sol is a magnet for British and Irish tourists, coming to spend a few weeks here or owning a residence, and this is reflected by the large number of cities which are linked with Malaga through its airport, such as London, Manchester, Dublin, Nottingham, Bristol, Birmingham, Leeds, Liverpool, Newcastle, Glasgow, Edinburgh, Cork or Belfast among others.

In this summer season, Malaga is directly connected to 134 destinations,  most of them European, through 65 companies.