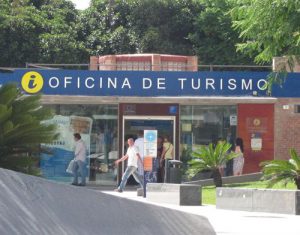 Malaga wants to attract more British tourists in the winter season, as has been stated by the Costa del Sol Tourist Board at the World Travel Market in London.

Traditionally, sun, beach and golf have been the key demands of the Costa del Sol, but recently are also increasing cultural and urban tourism, and inland routes. Malaga seeks to create a perfect product on the Costa del Sol to offer 12 months a year.

Currently, seventeen cities in the UK offer flights to Malaga, being London, Manchester, Liverpool and Leeds the cities with mayor passenger numbers. In addition, 92.7% usually travel to the Costa del Sol with cheap airlines.

Some of the low cost airlines with connection from the UK to Malaga Airport are  EasyJet, Ryanair, Aer Lingus, Monarch, Flybe and Jet2.com.

However, British Airways, one of the strongest airlines in the UK, currently does not consider offering flights connecting Malaga with Heathrow airport, which ceased operations last March. Thus, Malaga tourism sector will have to survive the winter without a direct route to Heathrow, the largest hub in Europe for international flights.

This route is key to the activity of all tourist segments, but especially important for incentives, congresses or meetings, which thanks to the connection with London airport provided access to the Costa del Sol from anywhere in the world.

For British passengers who travel to Malaga is also more convenient the Heathrow terminal as it is situated closer to the British capital and has better communications.