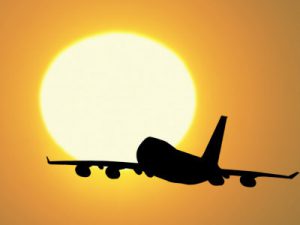 The capital of the Costa del Sol is connected since last week with 30 new destinations: More and more airlines are interested in Malaga airport, deploying more flights to existing destinations and adding new destinations to their programs. According to the Spanish airport authority AENA, the offer of direct flights from Malaga airport has increased to 124 destinations. Overall, the airport is used by 45 companies.

Of the new routes are six in Spain, in order to facilitate the national tourist arrival: Badajoz, Menorca, Fuerteventura, Ibiza, Asturias and Valladolid are now represented on the flight plan.

At the international level are strengthened especially the connections with those countries from which arrive most tourists. So travellers now have more options to book direct flights from the UK, Germany, France, Norway and Italy.

Compared to the summer of 2011, the trend of the airlines is both to increase frequencies of already existing destinations and as well to fly to new destinations.

Every year in summer will be added to the summer program flights from Malaga to New York by Delta Airlines.

From Malaga you can now take direct flights to destinations as diverse as Montreal, New York, Casablanca, Moscow and Istanbul. The city on the Bosporus opens Malaga the access to markets in Asia, which are in full swing, and the Middle East, to which there was previously no direct flights, even though more and more tourists are coming from there to the Costa del Sol.