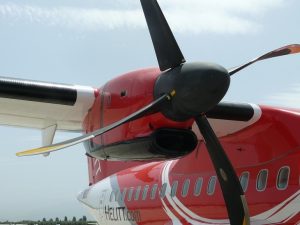 The Andalusian airline Helitt has announced its first international flights connecting Malaga and Nador, commercial city in northern Morocco, from March 24 and from May 4, Malaga and Casablanca; also in addition there is from March 24 a route between Palma de Mallorca and Nador.

The first international route that will open on March 24 between Malaga and Nador, will take place on Saturday with departure from the capital of the Costa del Sol at 12:30 am and take off from Nador at 6 pm. The price starts from 45 Euros each way, according to reports from the company. It also retrieves a route that disappeared after the closure of Spanair and connects Palma de Mallorca with Nador. This route also takes place on Saturday, with departure from the Moroccan city at 1 pm and take off from Palma de Mallorca at 4:30 pm.

As of May 4, you can fly between Malaga and Casablanca with a frequency of four flights per week – Mondays, Wednesdays, Fridays and Sundays – with departure from the Spanish city at 6:50 pm and departure from Casablanca at 7 pm. The price is from 55 Euros each way.

The company has an office in Casablanca Mohammed V airport which is attached to those already in operation in Madrid, Barcelona, Malaga, San Sebastian and Melilla. On the other hand, on the occasion of Easter, the company is launching a special flight from Malaga to San Sebastian from Easter Thursday to Easter Sunday.