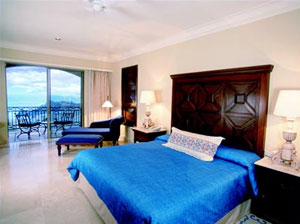 The coming winter in Malaga has increased again the fear about having too many empty rooms and has lead the industry to a price war with the aim to cover a minimum occupation level with which to address the business costs.

From the viewpoint of the tourist, low season at the Costa del Sol has a distinct advantage: You can now make reservations for twenty and thirty Euros in three and four stars hotels in Malaga.

While all the statistics point to a recovery, the cuts approved by the British Executive, which provides for the reduction of 450,000 government jobs, generate uncertainty. The situation has helped to increase the fear among the local hotel owners of not meeting the objectives of occupation.

This concern is not shared by the major airlines, which have increased, after the cut last winter, the number of seats available to fly to Malaga in low season.

Nor does this fear correspond with forecasts made yesterday by the big business hotels, the Confederation of Hotel owners and Tourist Accommodation (CEHAT). Its president, Joan Molas, estimated that 2010 will close with an increase of between 1.5% and 2% in terms of tourist arrivals to Spain in comparison to last year.

The Tourist Board explained that so far this year the prices of the hotels have dropped 6%. Thus, between the offers of the low cost companies, the hotel offers and the extremely low prices of car rental in Malaga we can enjoy a sunny break or a weekend getaway to the Costa del Sol for a very affordable price.