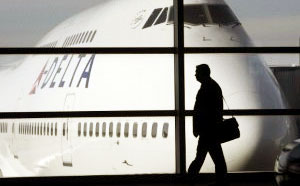 The airline Delta has announced that it will resume next summer direct flights between Malaga airport and New York; a route which will operate from June 2 with a frequency of five flights per week in collaboration with Air France KLM.

Costumers traveling from Malaga will have access to more than 45 connections in the U.S. from the airport John F. Kennedy in New York, among which are outstanding Los Angeles, San Francisco and Atlanta, as the airline said today in a statement.

According to the regional director of sales for Delta in Spain, Malaga is an important point of the Spanish network of this company and thus they are “thrilled” with the return of the route on which the airline will operate a Boeing 757-200 with 170 seats.

The Malaga-New York flight is the only direct connection between Andalusia and the United States, thus the tourism industry hopes that it will become permanent and that the company does not operate the route only during summer, as it does today.

In October 2009, Delta had suspended the connection it had started in June 2008 to the Costa del Sol on a permanent basis, and re-established the service in May 2010 for the summer season.

Since then, the direct flight is valid only in summer, which led the Ministry of Tourism to propose Iberia the possibility of operating this route on a regular basis, a proposal that the airline has not yet accepted.