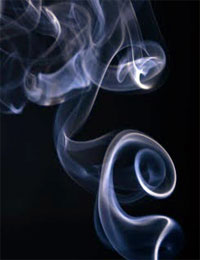 Since the beginning of January came into operation a new smoking ban in Spain.
So far, we knew Spain as a very permissive country in many ways, which has now introduced one of the toughest laws in Europe, on the one hand warmly welcomed among non-smokers and on the other side heavily criticized by the smokers.

What should you observe as a smoker when coming to the Costa del Sol?

From now on, smoking is banned in closed public spaces such bars, restaurants, nightclubs, casinos, airports and outdoor spaces like children playgrounds, school and hospital grounds. You still can smoke in the terraces though (and Malaga has plenty of them). Hotels in Malaga may still reserve 30% of their rooms for smokers.

Fines for breaking the anti-smoking law begin at 30 Euros (£25) and can rise to a maximum of 600,000 Euros (£513,800). Whereas until the application of this new law bar owners in Spain  were still allowed to choose whether to permit smoking in their premises, this law applies now without exception.

The reactions are sometimes very entertaining and even inventive. A restaurant in Marbella, for example, publicly refused to comply and there the customers may continue to smoke; the owner might face a large fine, but he is determined to “fight for his right”. Others were more imaginative and have officially declared a “smoking club” for “members” such as a Café in northern Spain. As an anecdote, this cafe counted on the first day already 200 members.